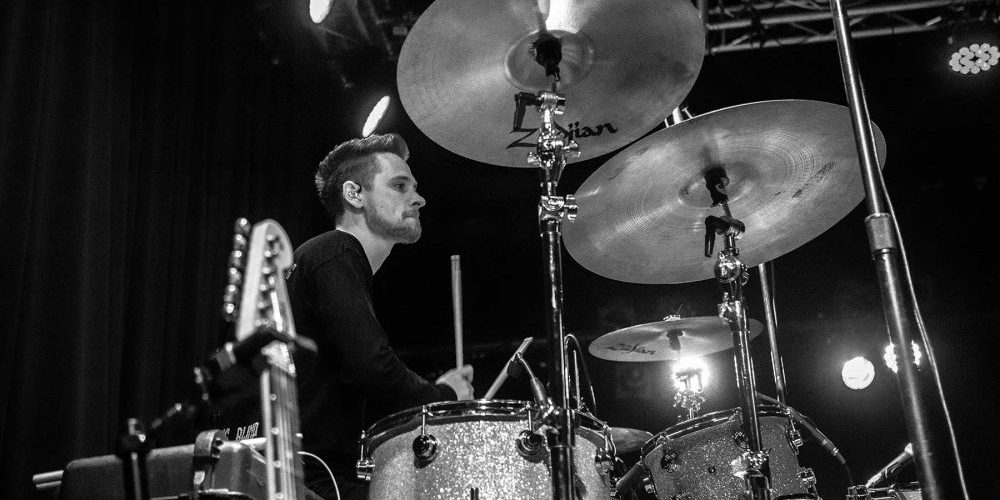 You are a headline performer, getting ready for a tour, and you need some touring musicians to fill out your background band.  Who do you call? Where do you find a touring drummer, or a touring bass guitarist?  How much will you have to pay them for the tour?  How do you know if you are hiring someone who will mesh well with the rest of our band?

Those questions are asked each and every day in Nashville, the music capital of the United States, and in every other major city around the world.  If the headliners are the heartbeat of any tour, touring musicians are the backbone of the music tour industry.  The show must go on, but it isn’t going on without touring musicians, and this article is about those stalwarts of music.  And who better to tell you about them than Kip Allen, songwriter, music producer, percussionist, Drum Workshop Artist, and one of the best touring musicians to be found in Nashville. Call Kip the next time only the best drummer will do for your next tour.

Where do you find touring musicians?

How much do touring musicians earn?

There is no way to answer this question. Sorry about that! The going rate for touring musicians differs from city to city, and experience comes into play as well. Big name entertainers earning millions on tour will usually pay much better than fringe entertainers still trying to make a name for themselves.  That just stands to reason.

The payment method might be a flat fee per gig, or it might be a percentage of the royalties from the tour.  It all depends on the mainliner who is hiring for their tour.  The pay could range from a couple-hundred per performance to tens-of-thousands for an entire tour.  It just depends on various factors.

How do you find a touring musician who will compliment your music?

Finding touring musicians is not difficult. Finding one who will compliment your music, who is in sync with your vibes, and who seems to understand what you are trying to portray with your sound, that is much more difficult. Word of mouth will only go so far in finding such a touring musician.  It is really necessary to hold tryouts to find the ones who will provide the harmonious background you need.

The good news: when you find such a touring musician, it will be like magic, and everyone will benefit from the “marriage.”

Since 2008, Kip Allen has been a trusted name in the Nashville music scene.  Call Kip and arrange for a meeting the next time you need a session musician, touring musician, songwriter, or music producer.

How the Best Session Musicians Became the Best
January 18, 2023

Becoming a Studio Session Musician is Not Easy
December 7, 2022