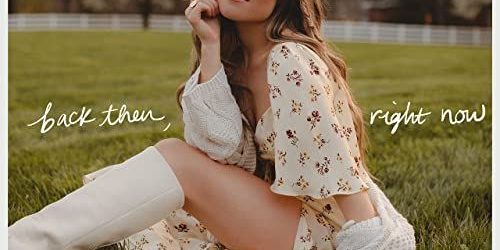 The following is a tribute to a famous singer songwriter, one who heavily influenced music for the last sixty years . . . David Crosby!

Kip Allen, like so many other Nashville musicians, was touched by the songs produced by this late, great musician, and in part it was people like David Crosby who inspired Kip to a Nashville songwriter, music producer, session musician, and Drum Workshop Artist. Call Kip the next time the gig you are working on requires the best that Nashville has to offer.

What is a singer songwriter?

The definition is in the phrase.  A singer songwriter is a person who writes songs and performs them.  That is the most basic definition.  Obviously, then, a high school student, staying up late at night, strumming a guitar, writing down lyrics, and finding the perfect chorus to sing in the quiet night, is a singer songwriter. There are literally millions of them out there, each starting out in anonymity, each holding onto a dream, not sure how that dream can ever become a reality.

How does one become a professional singer songwriter?

Most likely, that dream involves becoming a professional singer songwriter, someone who actually gets paid to write music and perform that music, but the harsh reality is this: less than one-percent of those dreaming will actually ever get paid for any of their material.

So, how does one become a paid member of the music community?

There is no guaranteed path to success.  You work hard.  You play gigs.  You meet people.  You practice your craft.  You start a YouTube channel and go live online.  You pound the pavement looking for anyone who is willing to listen to your songs, or you play in city parks, with a hat on the pavement before you, hoping for tips, and hoping that just the right person will hear you at just the right time.

And, then, it still may not happen!

Is it possible to make a living in the music business?

The quick answer to this question is yes, it is possible to make a living in the music business as a singer songwriter. After all, it happened to David Crosby, and it can happen to you.  A word of reality, though: David Crosby was supremely talented, a generational talent, and yet the stars had to align just perfectly, at the most advantageous time, for Crosby to meet the right people in the right circumstances, in order for his talent to be heard.  If one believes in the Butterfly Effect, and the Chaos Theory, one will then begin to understand just how rare it is for a singer songwriter, or any musician, to be “discovered,” and for them to actually make a living in the music business.

Kip Allen came to Nashville in 2008, a kid with a dream, and fifteen years later, years filled with hopes, dreams, small successes, and crushing disappointments, Kip Allen is a trusted name in the music industry, writing songs for top stars, as a session drummer and percussionist for those same stars, and as a music producer for some best-selling music along the way. Call Kip if you are looking for the best Nashville has to offer.

And, before we close, a shout out to David Crosby for leading the way.