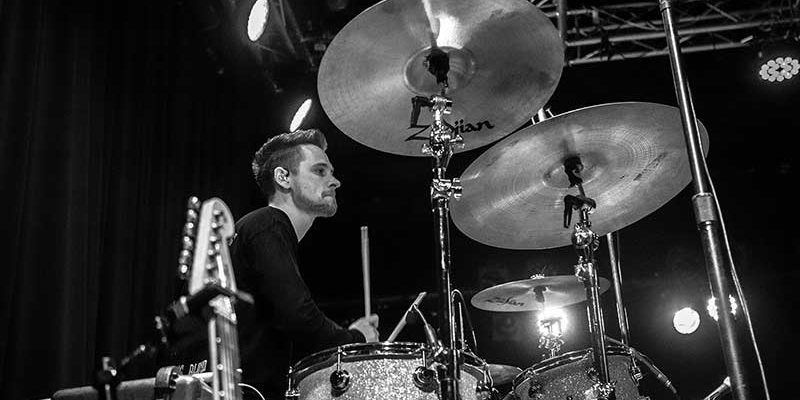 What is a touring drummer?  Is it the same as a session drummer or a studio drummer? How do you hire one for your next tour?  We will attempt to answer all of these questions in this article, and the information you receive comes directly from Kip Allen, Nashville drummer, Drum Workshop Artist, and highly-respected professional musician, songwriter, and music producer. Call Kip for your next tour, session, or gig, at 817-995-8093.

What is a touring drummer?

The definition is truly in the phrase “touring drummer.”  Any drummer who goes out on tour with a band or musical group is considered a touring drummer.  They can drum for a band they belong to, or they can be a “drummer for hire,” filling in for bands who find themselves without the services of their regular drummer.

What is a session drummer?

A session drummer is a drummer hired on a short-term basis by bands and performers, usually, but not always, for a recording session. They are asked to lay down a track for a particular song, or tracks for a group of songs, and then their contract is fulfilled.  There are certain circles, however, where drummers who are hired for live performances are also referred to as session drummers.  Quite often, the terms session drummer and touring drummer are interchangeable.

What is a studio drummer?

A studio drummer is one who works short-term in the studio, laying down tracks for recordings.  Usually, but not always, these are drummers-for-hire and they do not belong to any one band or group.  They are, to borrow from the Old West, fast guns for hire when a recording session needs a pro behind the drum set.

How much are touring drummers paid

It is very hard to answer this question.  Touring with a second or third tier group might mean the drummer is only making a couple-hundred dollars per performance.  Drumming with a headlining group might mean over the-thousand per performance.  The top in the industry can make close to a million per year, but for every one of those top drummers, there are hundreds who only make enough to get by on.  In the music industry, experience, exposure, reputation, and talent definitely matter.

How do you find a quality touring drummer?

Hang out in any music industry in any major city, and the quality musicians will become known to you quickly.  Word spreads fast in the music industry, on a national level but also a local level.  Ask around!  Go to the local music venues and make it known you are looking for a touring drummer.  When you obtain some names, meet with them and listen to them lay down some tracks.  Tell them exactly what you are looking for, and discuss the pay situation.  Quality touring drummers can be found in most communities, but it might take some searching to find one.

A word about Kip Allen

Kip Allen can be found working out of Nashville, Tennessee, where he has worked since 2008. Today he is a trusted, respected name in the Nashville music scene, having worked with some of the biggest names in Nashville, the Music Capital of the U.S.